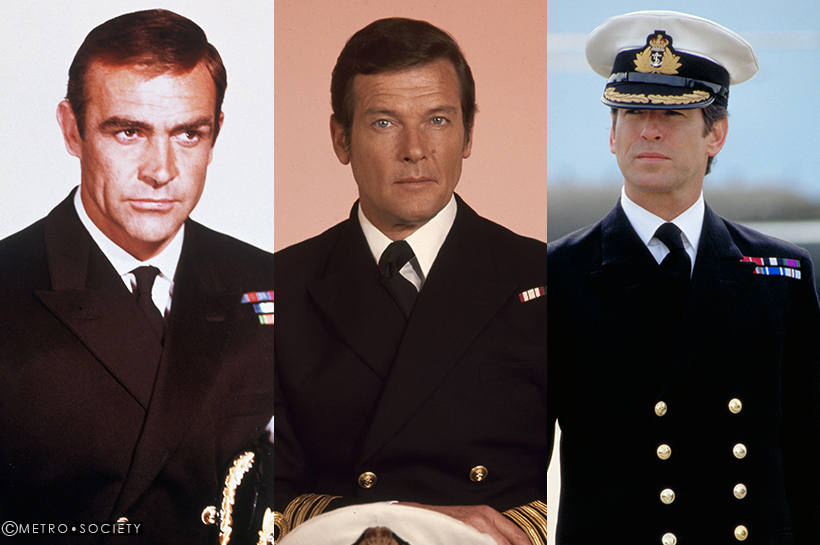 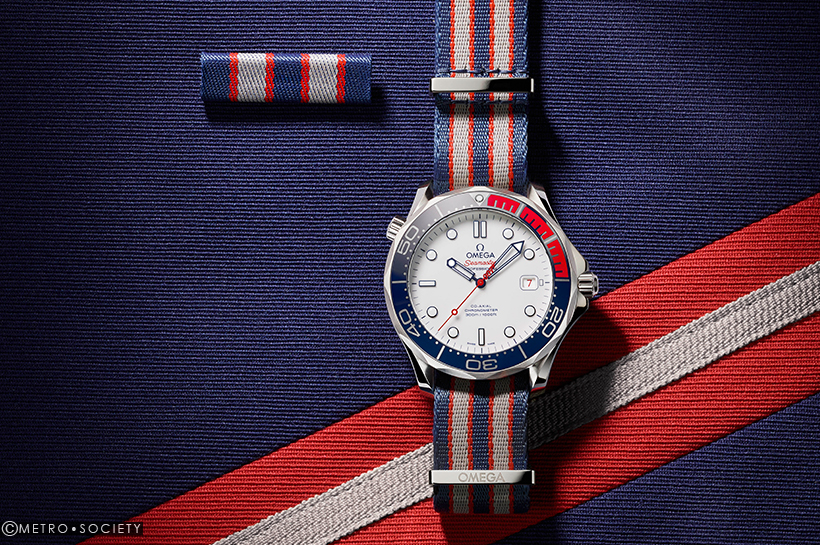 The OMEGA Seamaster Diver 300M "Commander's Watch" Limited Edition In design, OMEGA’s “Commander’s Watch” salutes the ensign colours of the British Royal Navy. Touches of white, blue and red are found throughout the watch, creating a suave and stately look. 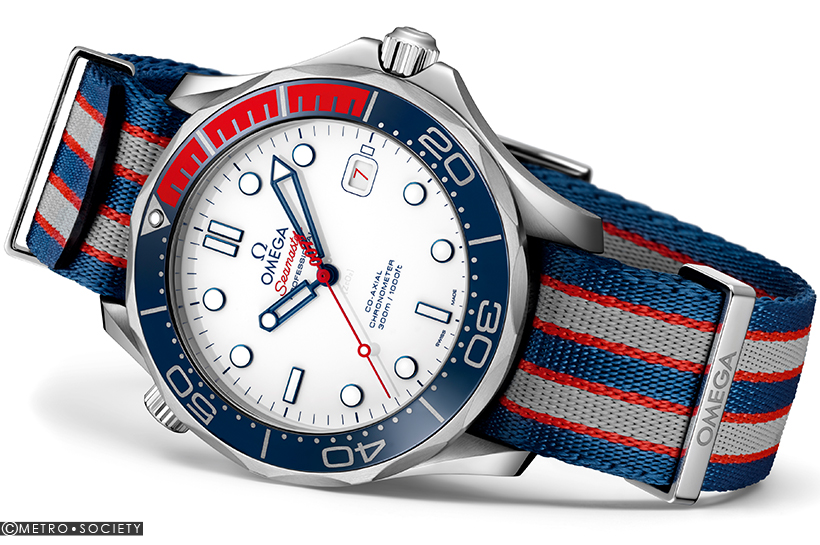 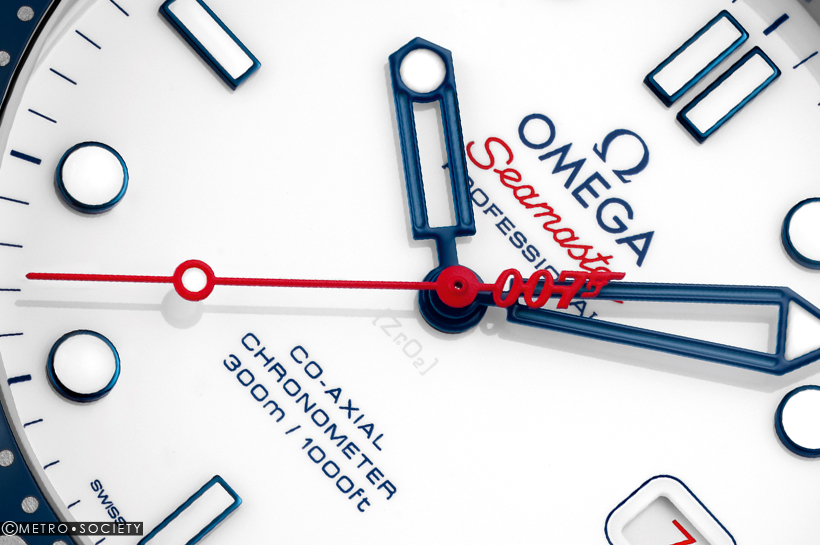 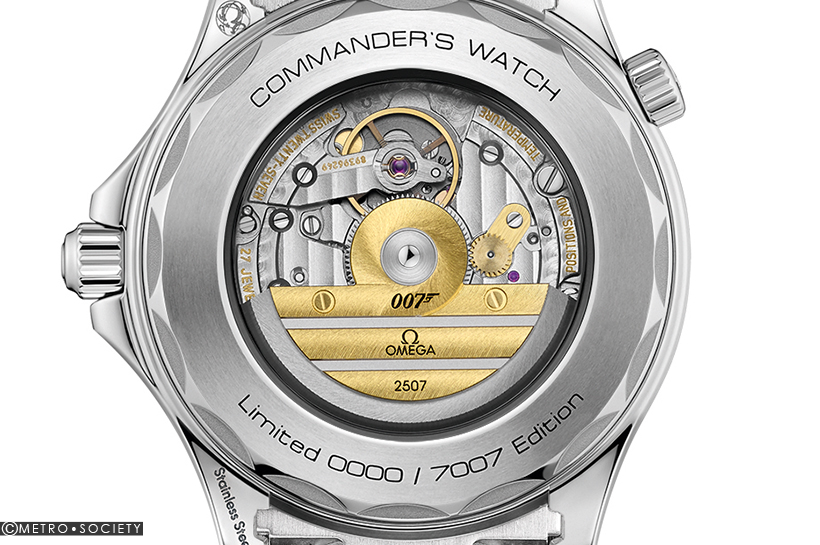 Unique features include the 007 gun logo counterweight on the central seconds hand and the number 7 in the date window which is coloured red, while all other numbers are blue.The NATO bracelet is blue, red and grey and follows a 5-stripe pattern with a polished buckle. On the wave-edged caseback, the “three stripes” of the Commander’s naval insignia are featured on the rotor, along with a 007 “bullet” design. 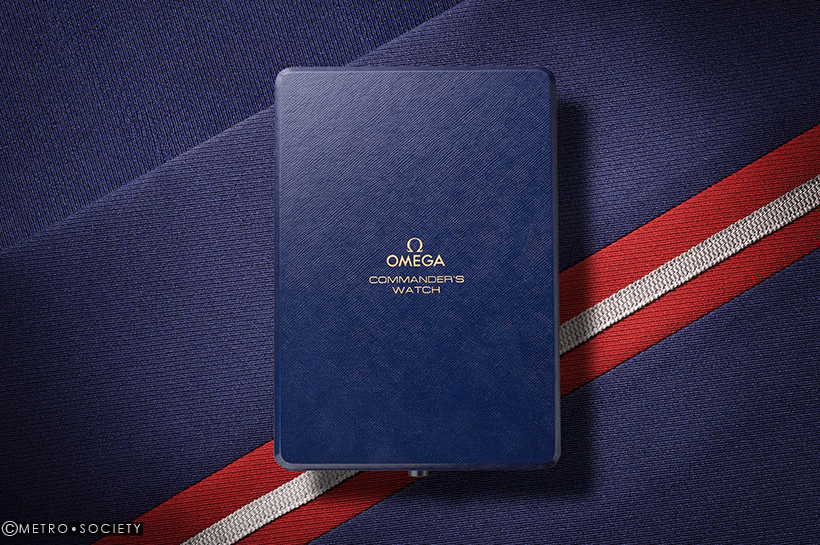 The stainless steel model is limited to just 7,007 pieces and is driven by the OMEGA Calibre 2507. It comes with a 3-year warranty and is presented in a special box that has been inspired by a military medal case. The box also contains a stainless steel bracelet, a changing tool and a “naval pin” that mirrors the design of the NATO strap. It comes at a price of 175,000 THB. 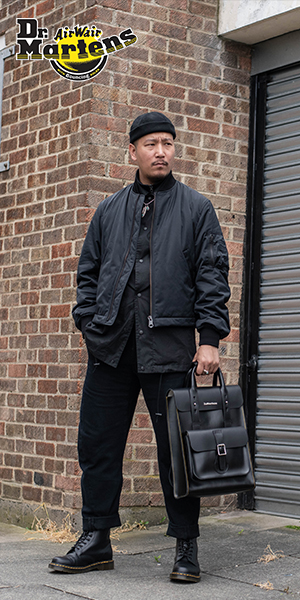 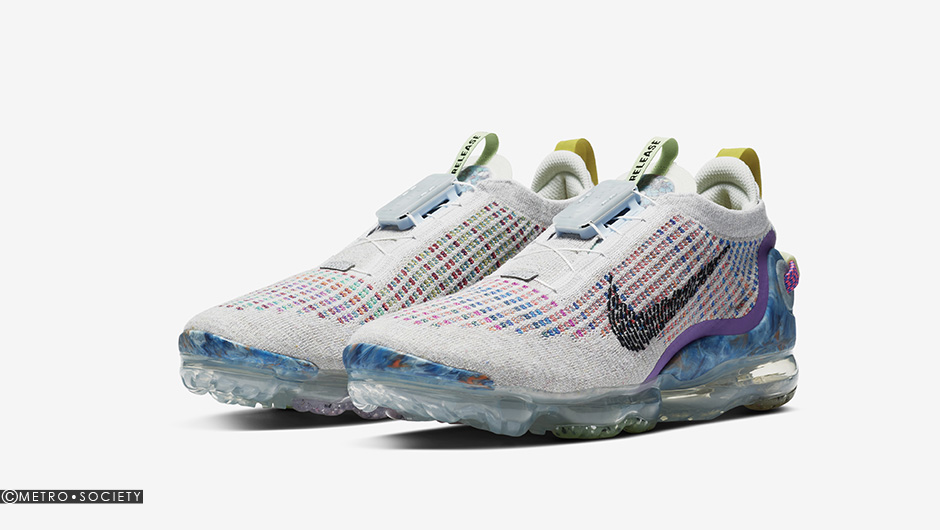 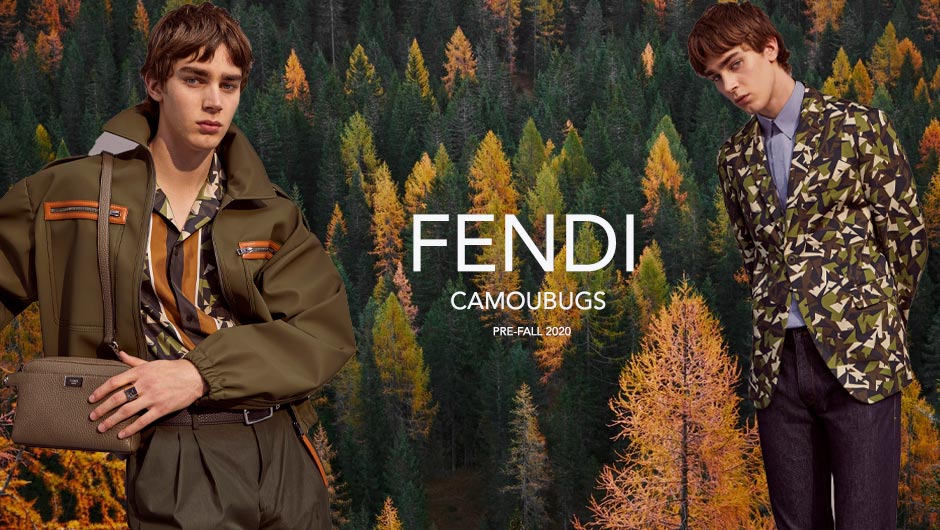 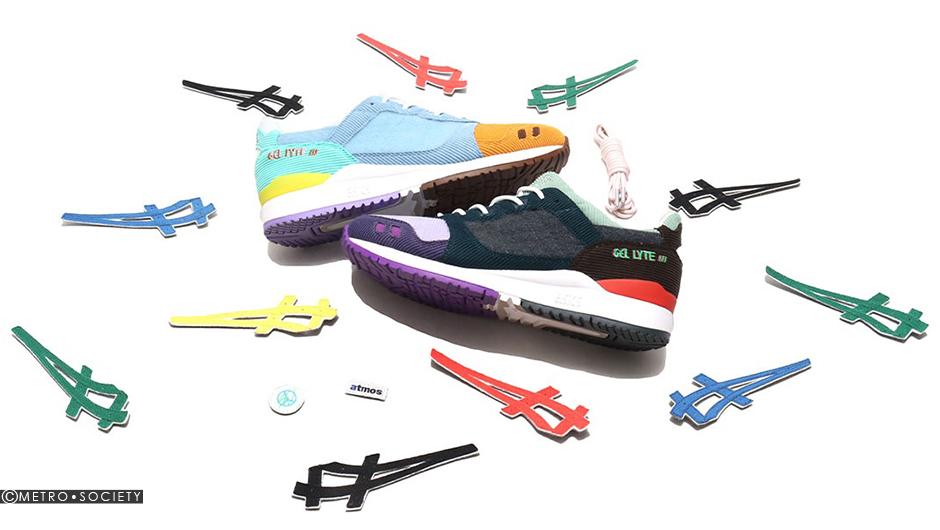 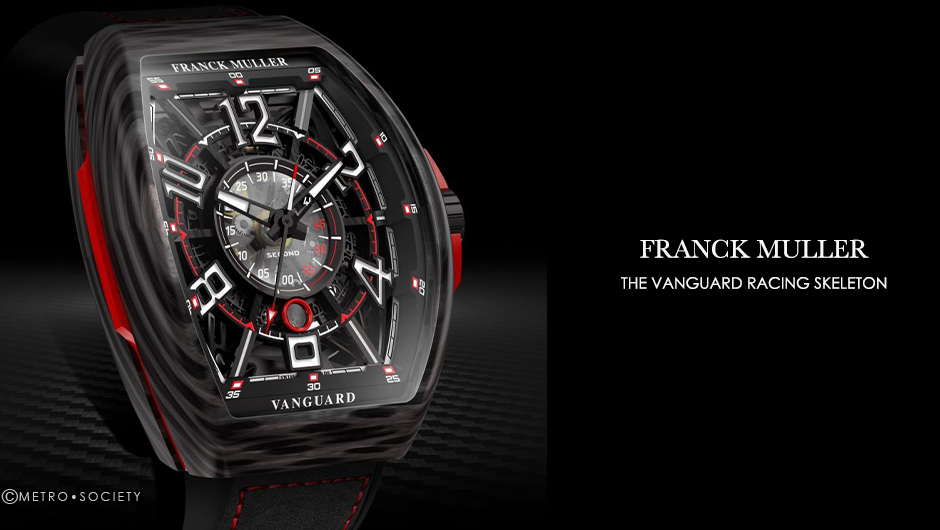 FRANCK MULLER : The Vanguard Racing Skeleton
An exercise in escapism, the VanguardTM Racing Skeleton in Carbon teleports you into your favourite F1 driver’s cockpit, with just a flick of the wrist.
Fashion Update
Watch 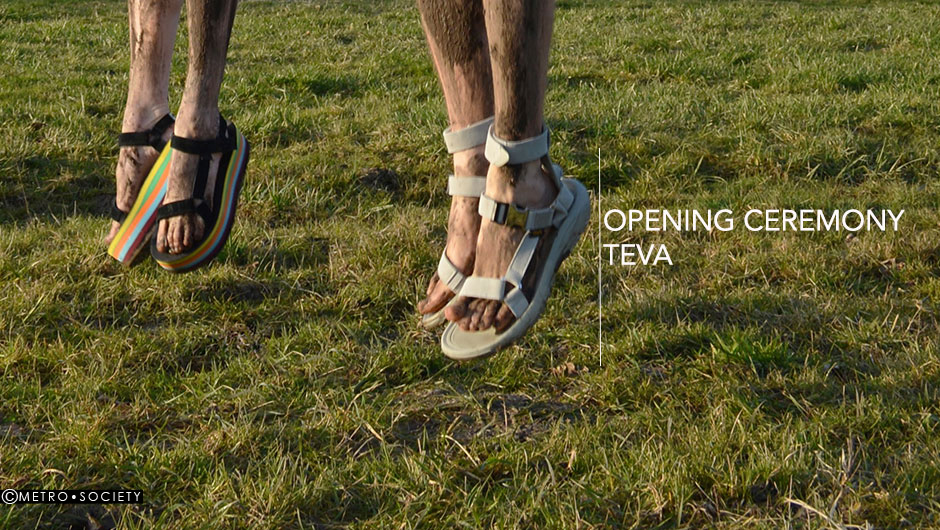 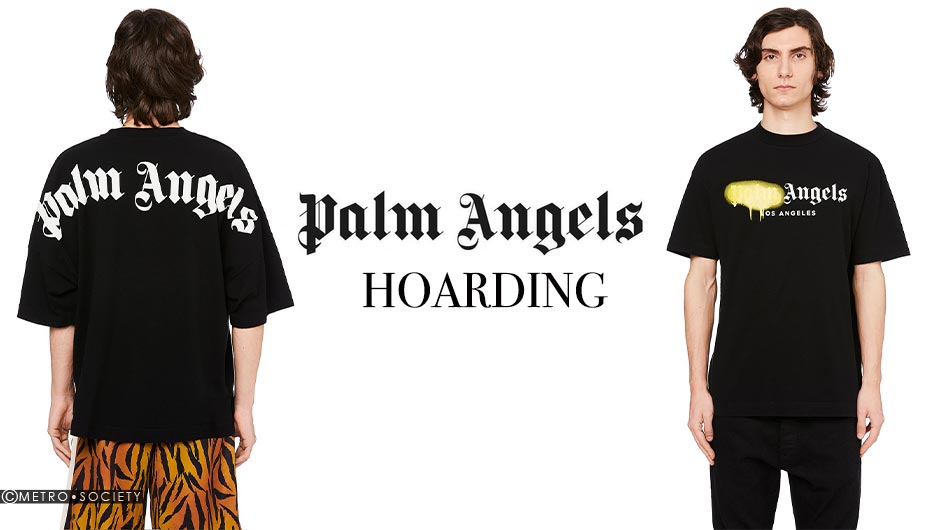